A qualified vocal coach, songwriter and composer, born and raised in Breda (NL). Making music has been an important part of his life from an early age. His destiny was undoubtedly music bound. Since his childhood years he has been playing guitar and over the years he learned to play several other instruments including the blues harp, oboe, percussion, drums, banjo, mandolin and piano.

At the age of 17 his musical career as a singer began and he followed various courses and master classes including the Academy of Contemporary Music in London (UK ) and the Fontys Rock Academy in Tilburg (NL). In June 2010 he graduated as a Bachelor of Music (Hons) at the Conservatory in Amsterdam (NL), majoring in voice and minor in piano. He followed lessons with singing instructors such as Kristina Fuchs, Connie de Jongh, Jeroen Manuhutu. Rob is a qualified vocal teacher, which means he has didactic, physiological and anatomical knowledge of the singing voice. To stay up-to-date he frequently undertakes different courses including CVT, EVTS (Level 1 & 2), Berklee Music, Pahn, Coblenzer technique. Every quarter Rob organizes a peer review with fellow singing teachers, to discuss certain topics that are used and valuable in singing lessons. This helps him incorporate different perspectives into his line of work. In 2014 he followed an intensive course for Master Course Instructor of the TVS method (USA). However, in his vocal studio he uses different kinds of vocal methods, because no person is the same and therefore he believes that no single vocal method works for everybody. In this way there is an appropriate method for each student. To learn more about Vocal Studio ROBB follow this link. 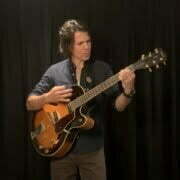 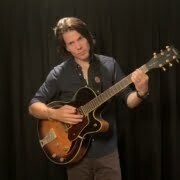 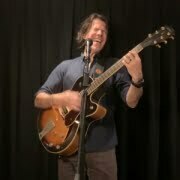 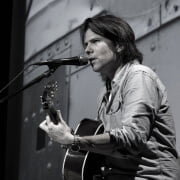 In his vocal studio in Strijbeek (NL), he offers singing lessons to individuals from all levels (beginners to professionals), from all over the world. He also teaches music theory to people who would like to follow a course at a Conservatory or a Music Theater. All lessons can be taken in the studio or by Skype. In addition, he coaches singer/songwriters and he can be contacted for different kind of workshops for vocal groups and companies. Rob has prepared professional bands for their single and album release, coached bands during their (theater) tour and guided students before and during singing competitions on TV such as the Voice and The Voice kids (Belgium). He also guides professional speakers and voice actors.
Furthermore he has experience as a conductor for vocal groups. In 2010/2011 he worked as a vocal coach at the CVK in Roosendaal (NL). As of September 2011, he’s fully employed as a vocal coach at his own practice, ROBB ‘s Art of Music & Vocal Studio ROBB.

Besides of his work as a singing instructor in his studio, he works as a singer/songwriter and composer. Several times he has achieved successful results with his songs in songwriters contests in the UK and the US. Since 2021 he studies songwriting at The Songwriting Academy (UK), currently following the one year Platinum mentorship program. As a composer, he runs his company ROBB Music Productions where he focuses on creating production music for movies, TV spots, commercials, TV shows, documentaries, video game advertisements, trailers, promos and media entertainment. A few compositions are used by different television stations such as Ziggo Sport, TLC, Discovery+, and others. He studied Writing & Producing Advertising Music at Berklee College of Music (USA), and graduated with a grade A.

In 2013 he also graduated as a 1st grade teacher in music education and he teaches music 2 days per week on a high school since several years. For years, Rob has been working as a freelance music teacher, on a project base on different elementary schools. He also has experience as a teacher in Special Secondary Education cluster 4. From the end of 2015 until 2017, Rob was a board member of the Dutch Association for Voice teachers.

As a performing musician, he has gained experience over the past 20 years as lead singer and guitarist for his own bands and various cover bands. With his band Phoenix Red he played own compositions in several national venues such as the Melkweg (Amsterdam, NL), 013 (Tilburg, NL), Mezz (Breda, NL), WII (Den Bosch, NL) and he had the pleasure to play as the support act for an (inter) nationally well known band. He also performed with his own Jazz & Blues trio (Battle Creek Trio), a Roots band (The Battle Creek Roots Orchestra) e.o.. He currently performs as a singer/songwriter under the name Grandler and does studio and session work with well-known American Rock, Jazz and Blues musicians. You can see a first video (September 2022) of this collaboration by following this link. In addition, he is active as a composer of music productions.More information can be found on the website ROBB’s Art of Music.

For the full CV of Rob, send us an email using the contact form below.

Do you have a question? Email us using the contact form below.